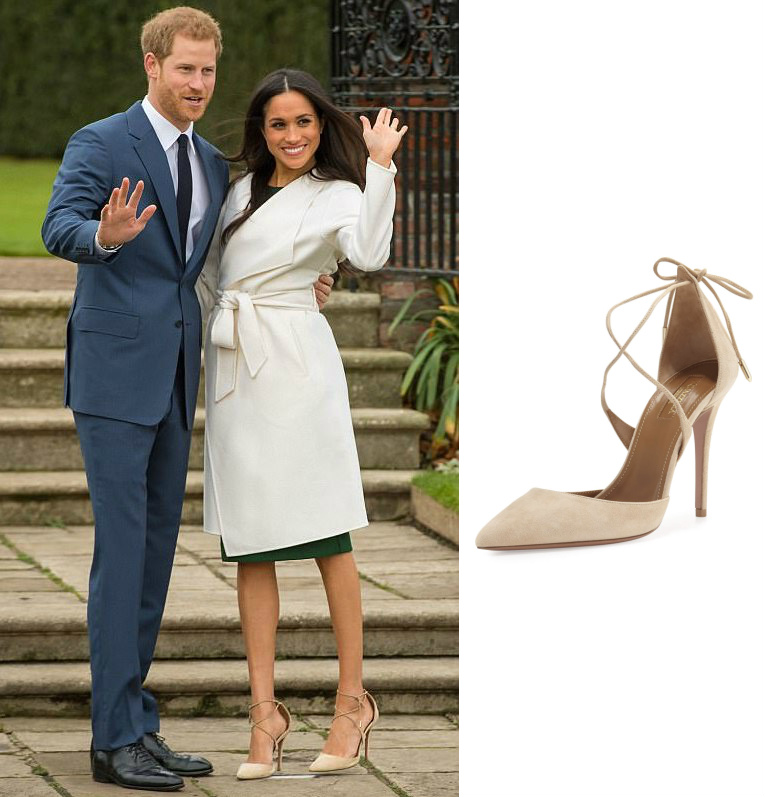 A royal statement issued by Harry’s father, Prince Charles, reads “His Royal Highness, the Prince of Wales, is delighted to announce the engagement of Prince Harry to Ms. Meghan Markle. The wedding will take place in Spring 2018. Further details about the wedding day will be announced in due course. His Royal Highness and Ms. Markle became engaged in London earlier this month.’

As the couple made their engagement debut in the gardens of Kennington Palace in London, the “Suits” actress looked like a modern princess wearing a chic white wool coat by Line the Label over a dress by Parosh. She also wore Aquazzura’s $695 Matilde crisscross nude suede pumps featuring a pointed-toe and wrap around ankle straps.

These shoes are clearly a favorite of  her’s. Meghan was previously seen wearing the elegant heels for the One Young World Summit in Ottawa, Canada, in September last year, where she was photographed for Vanity Fair. She also rocked the style in black at ELLE’s Women In Television Dinner in Los Angeles in January last year.

Obsessed with her shoes? Shop her Aquazzura heels, on sale, for $312 on neimanmarcus.com. 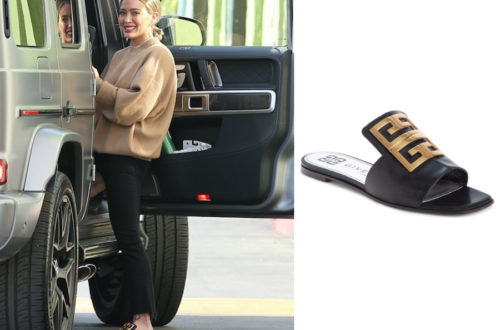 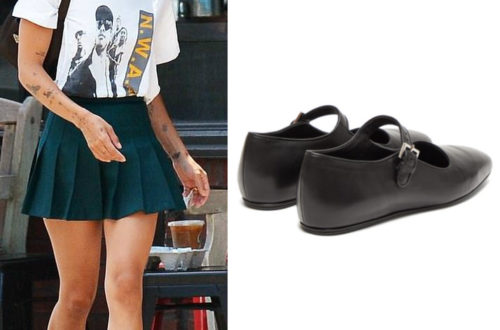 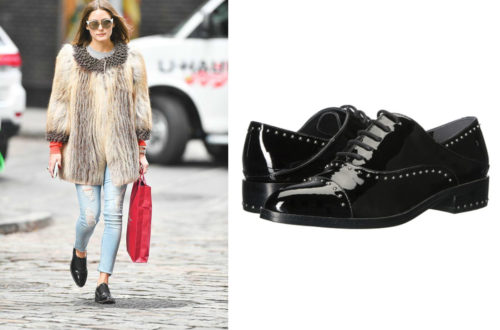