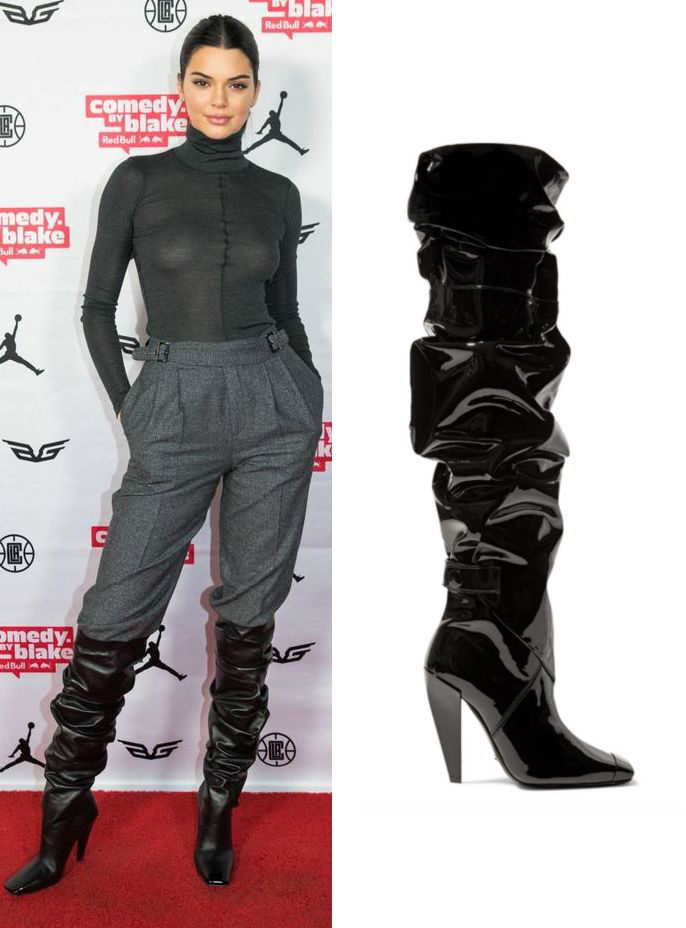 She’s no cloud when it comes to fashion!

Kendall Jenner recently rocked a moody look while supporting rumored boyfriend Blake Griffin at his Team Griffin Foundation event at The Avalon in Los Angeles. The reality star turned supermodel donned a semi-sheer grey turtleneck top and grey trousers on the red carpet, and, as she was leaving, draped herself Blake’s Ermenegildo Zegna coat, inscribed with his name inside.

But it was her killer boots that got out attention. The 22-year-old wore a pair of $2,190 black slouchy boots from Tom Ford. 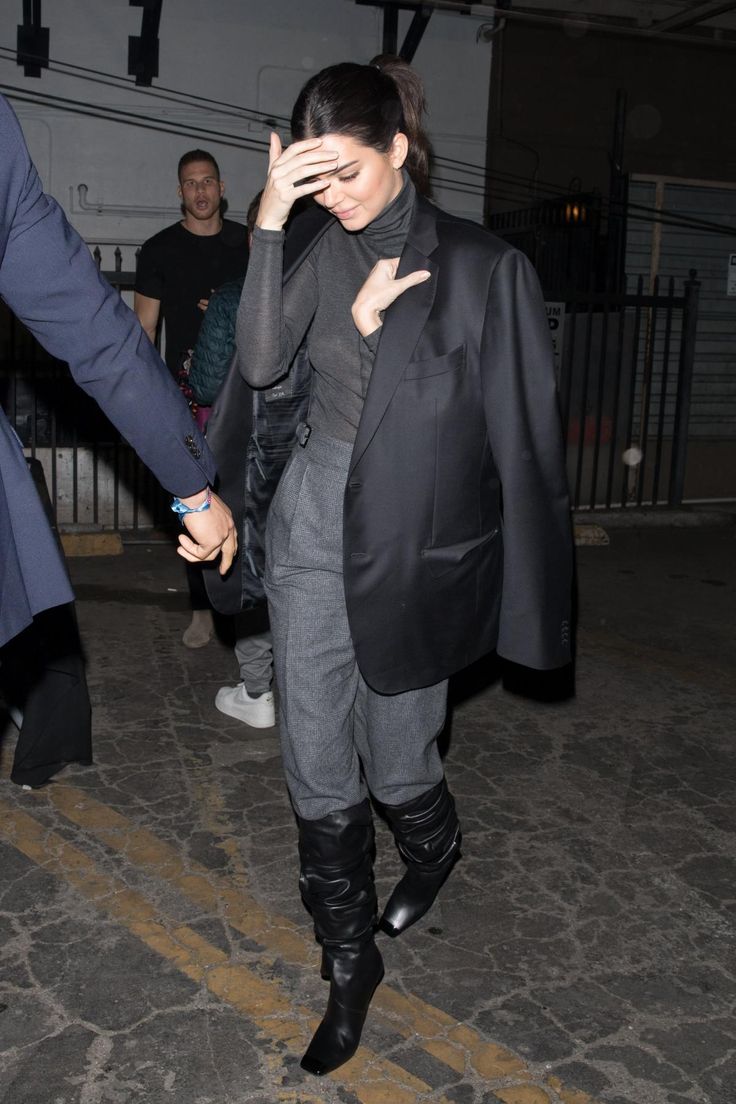 Obsessed with her shoes? Shop her designer boots for $10,000 on net-a-porter.com or get the look for less with a similar pair by Aldo for $240 on aldoshoes.com 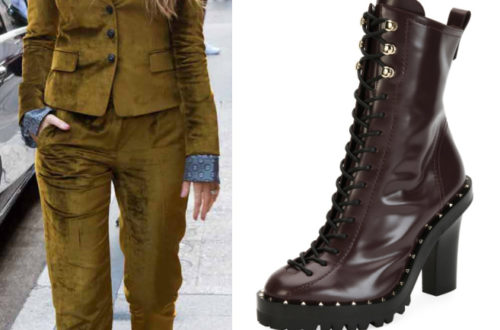 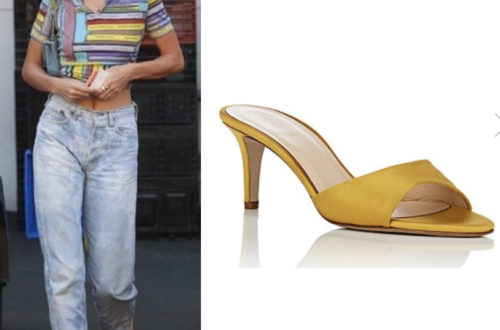 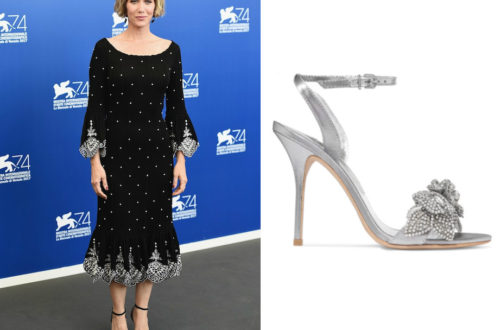