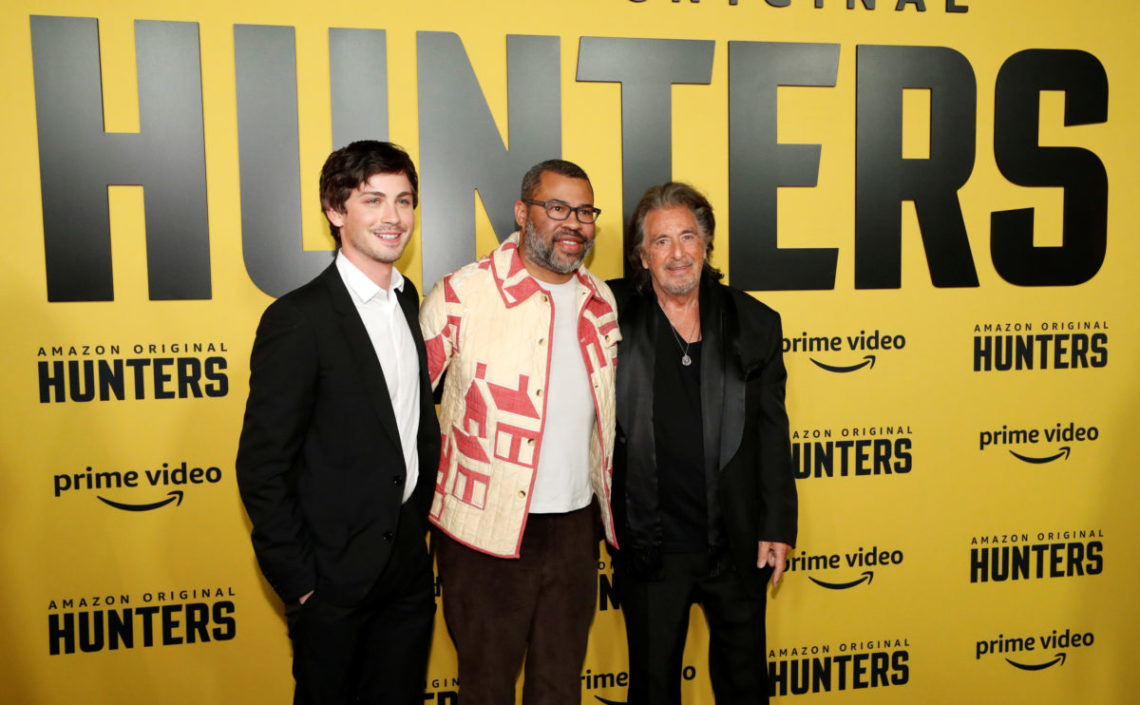 On Feb.19, Amazon Prime celebrated the premiere of its new series “Hunters” at the DGA Theater in Los Angles.

Executive producer Jordan Peele (“Get Out” and “Us) was joined on the red carpet stars Al Pacino and Logan Lerman.

Set in 1977 New York City, “Hunters” follows a diverse band of Nazi hunters who discover a secret plan to create a Fourth Reich in the U.S. Oscar and Emmy winner Pacino headlines his first TV series as Meyer Offerman, the wealthy leader of the vigilante band. Lerman stars as Jonah Heidelbaum, a new recruit to the team. 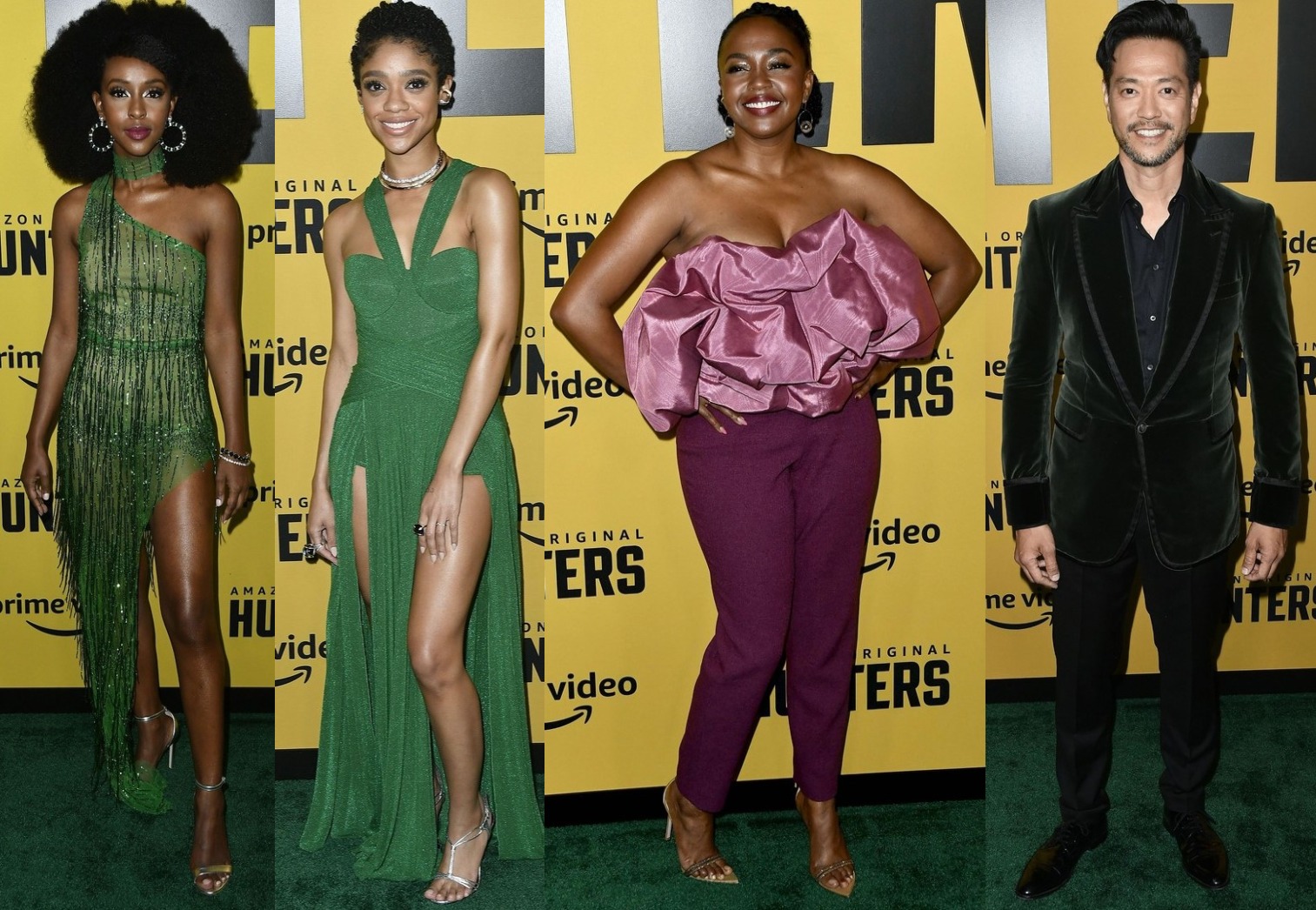 The fashions at the premiere were pretty kick ass as well. Ebony Obsidian served up a playful 70’s inspired look, and  some leg action wearing a Haus Of Falenci’ago green beaded one-shoulder dress. Also in green, Tiffany Boone, wore a Elisabetta Franchi pleated dress which she accessorized with a green clutch, Saint Laurent  silver sandals, Vajze earrings, an Alexis Bittar necklace and Roseark rings. Jerrika Hinton wore a pink strapless, detailed top and burgundy ankle length pants which she topped off with Gianvito Rossi sandals. Not letting the ladies get all the style attention, Louis Ozawa donned a dapper Gucci green velvet  jacket. 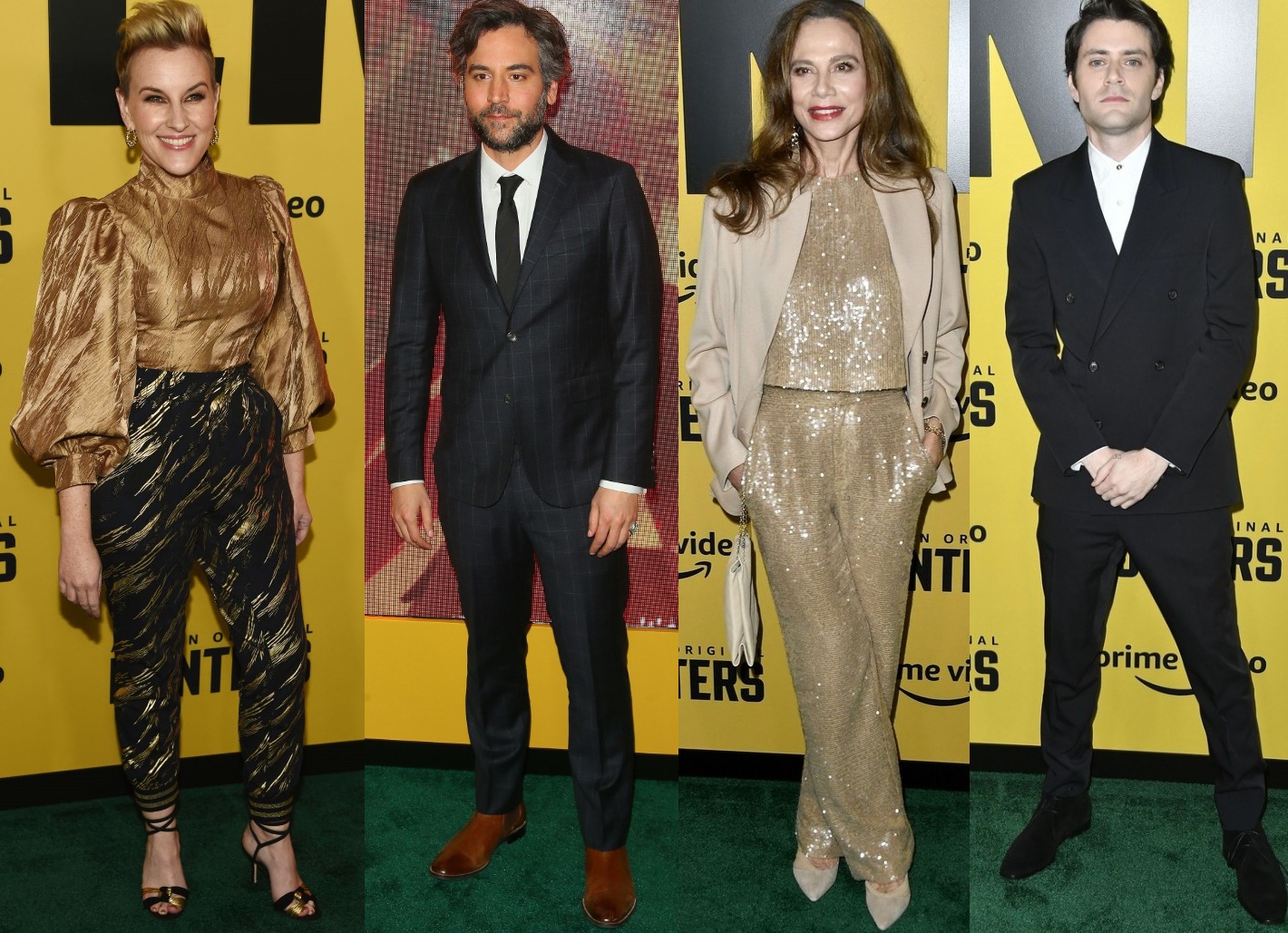 The premiere coincided with a weekend-long immersive experience which transformed Avenues 56 and 57 on Figueroa Street in Highland Park into 1970s New York, using what they touted as authentic, era specific details from the series. The activation known, as The Hunters’ Grindhouse Experience was open to the public and invited guests to Highland Theatre aka. “The Empire,” Prime Video’s own grindhouse theater with nods to New York’s 42nd Street. Fans partook in a special sneak preview of the first episode then were escorted across the street to “Hunters Alley,” better known as hipster haven Highland Park Bowl where they participated in an after-party set in 1977 that promised surprising Easter eggs and plot points from the show. 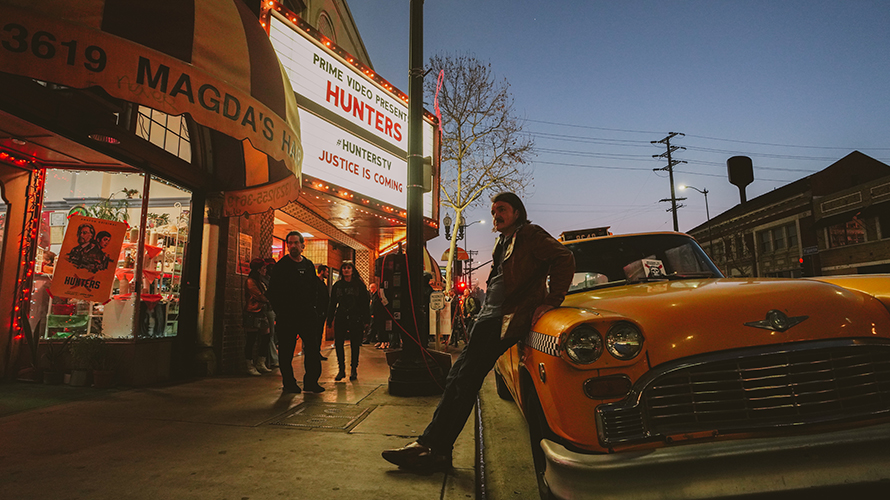 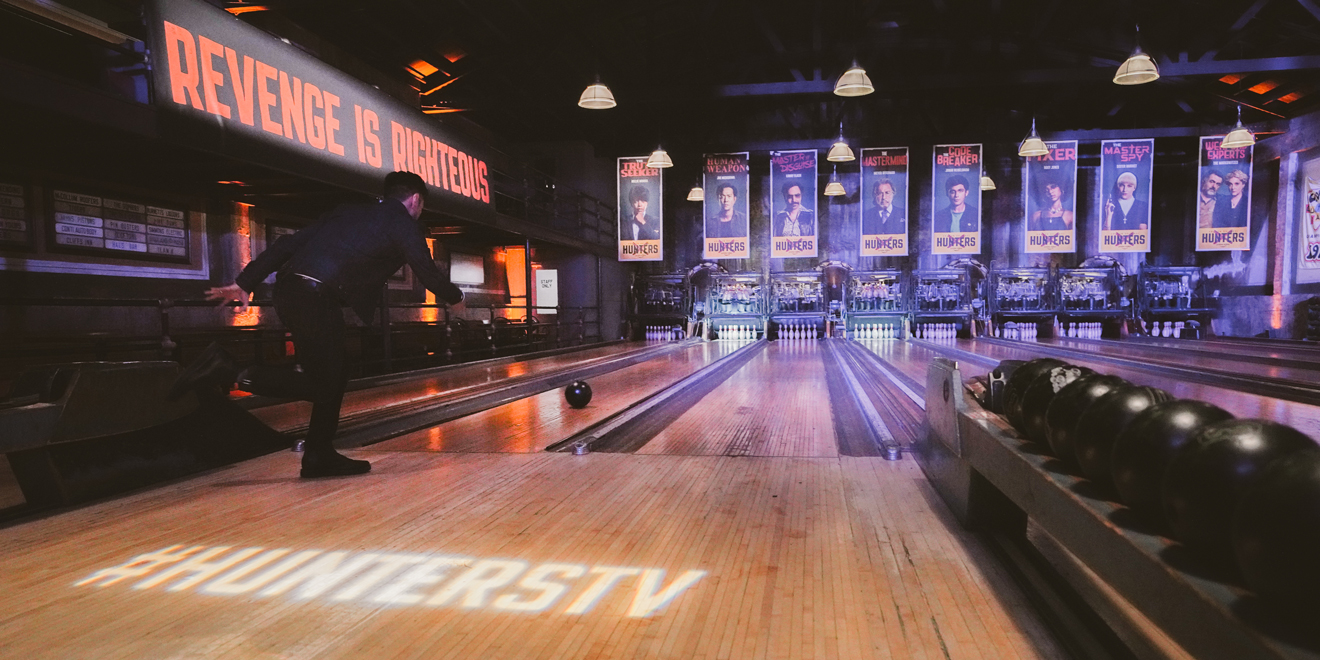 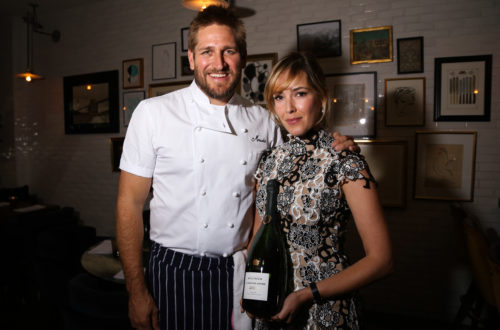 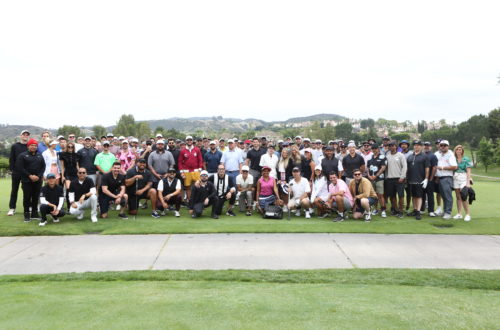 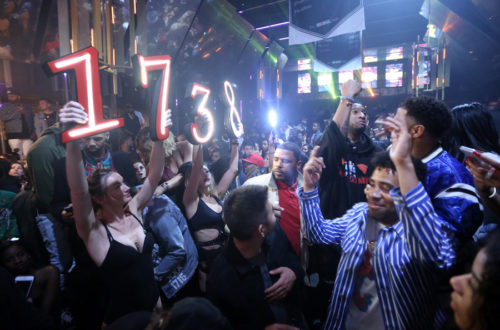