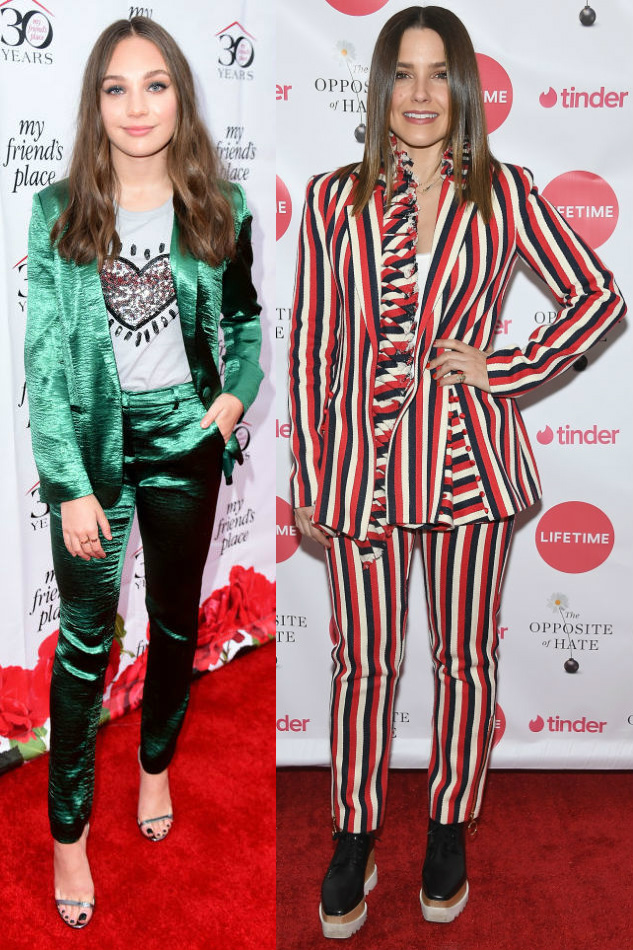 Two suit, two very different outcomes.
On April 7, Maddie Ziegler hit the red carpet at the For My Friend’s Place 30th Anniversary Gala at the Hollywood Palladium in LA. The dancer turned actress rocked a cute  green Ba&sh “Carina” notch lapel, shimmery metallic jacket with the matching “Concert” pants. She styled the suit with a grey sequin heart Coach 1941 Spring 2018 tee shirt and Nicholas Kirkwood sandals. Totally the best dressed of the week!
Unfortunately, as much as we love Sophia Bush, we didn’t love her look on April 6 at the Sally Kohn Book Party, “The Opposite of Hate” which was hosted by Tinder at the Guggenheim Museum in New York. The “Chicago P.D.” star wore a Maggie Marilyn Resort 2017 navy, white and red stripe ruffle blazer with a white tank top underneath and the matching trousers. While the stripes are fun, the proportions just seem off. he suit is wearing her! Sorry, worst dressed of the week! 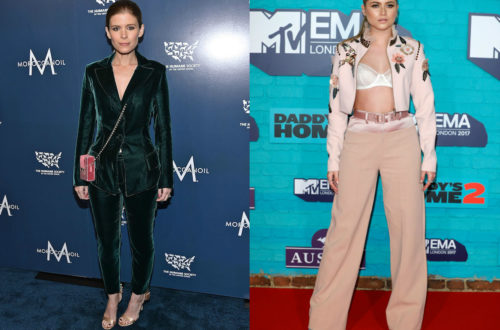 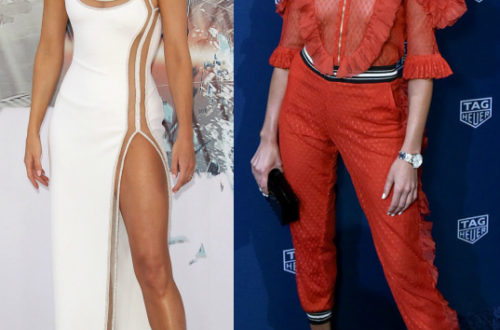 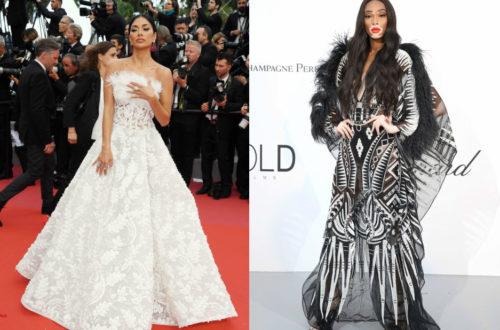