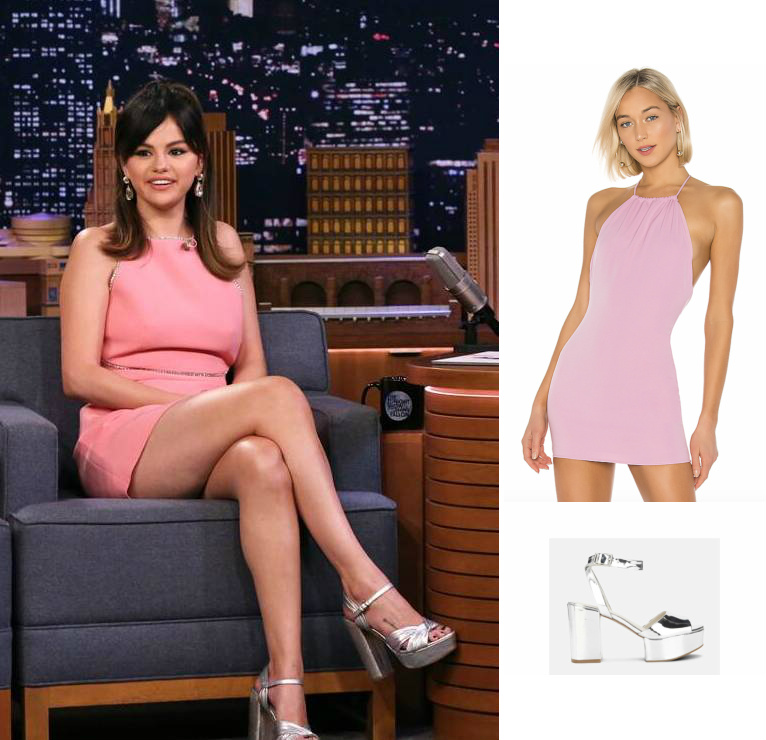 Pretty in pink!
Selena Gomez paired a visit to “The Tonight Show Starring Jimmy Fallon” to promote her new album “Rare.” The singer looked adorable in a $2,210 pink mini-dress from Miu Miu styled with $805 silver platform sandals from Prada. 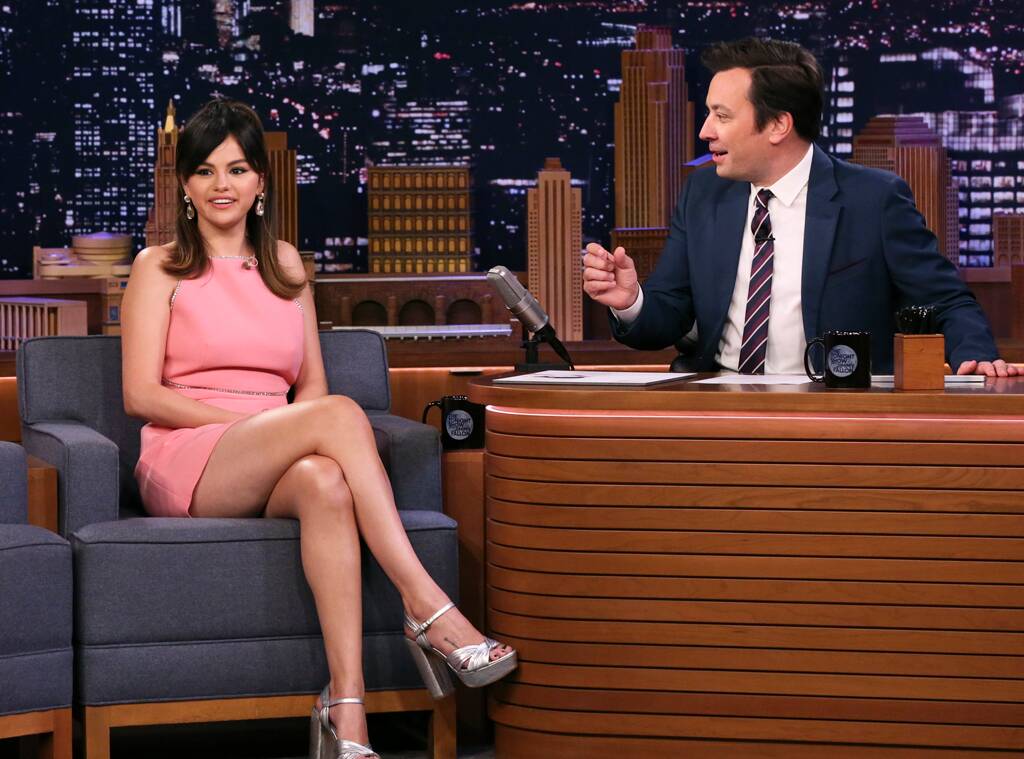 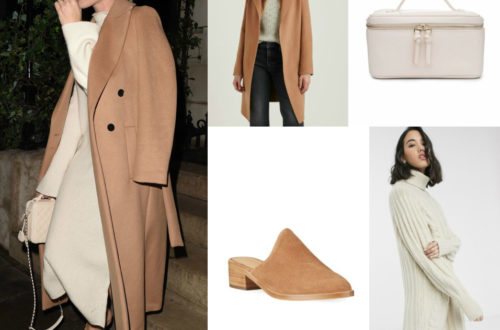 Get The Look For Less: Margot Robbie In London 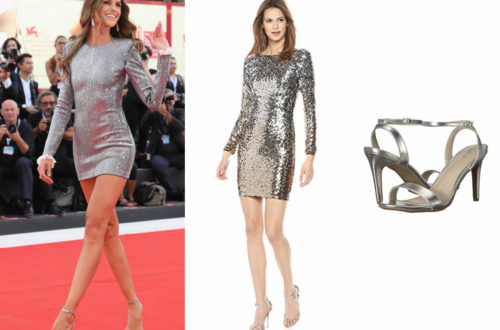 Get The Look For Less: Izabel Goulart At The 2018 Venice Film Festival 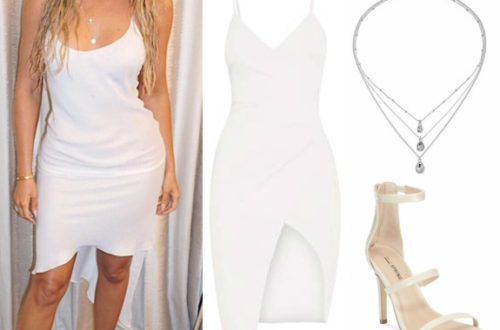 Get The Look For Less: Khloé Kardashian On Instagram