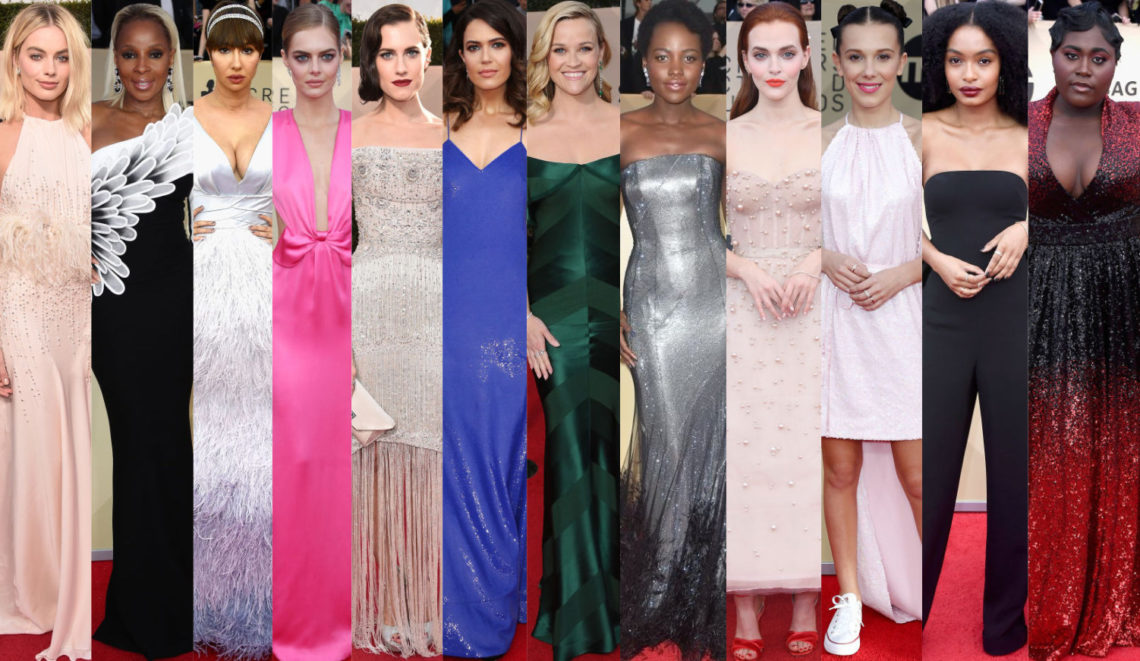 “Three Billboards Outside Ebbing, Missouri” won the majority of prizes, earning Frances McDormand the award for best actress, Sam Rockwell for best supporting actor and the SAG’s most prestigious award: Outstanding Performance by a Cast in a Motion Picture. In the TV categories, “Big Little Lies” dominated the Limited Series awards, while “The Crown” saw Claire Foy awarded Best Actress in a Drama series and “This Is Us” took home Best Cast in a Drama Series. Other big winners included Sterling K. Brown, Gary Oldman, Allison Janney and Nicole Kidman.

There were also some major winners on the red carpet. Check out the best dressed stars at the SAG Awards below.

The “Mudbound” looked fabulous in a Jean-Louis Sabaji dress featuring a striking feather effect. David Webb jewels added some sparkle to the black and white look.

The “Orange Is The New Black” actress wore a fiery custom Marc Bouwer gown featuring a long sleeves, black and red sequins and a v-neckline. She accessorized with Iffy jewels and Stuart Weitzman sandals.

#10. Yara Shahidi
The “Grown-ish” star hit the carpet in an all black, strapless Ralph Lauren jumpsuit with a dramatic bow detail and train in the back. Tiffany & Co. jewelry and Jimmy Choo heels completed the look.

The “Orange Is The New Black” actress floated down the red carpet in a dramatic Rami Kadi ballgown featuring ballgown ombré ostrich feathers, styled with diamond jewelry and matching headpiece.

The 13-year-old “Stranger Things” actress has been criticized in the past for dressing too mature but at the SAGs, she was a perfect mix of glam and girly in a youthful pastel-pink, micro-sequin Calvin Klein by Appointment cape-back frock styled with a cute high side buns hairdo and sporty white sneakers. Repossi jewels completed her outfit.

The “I, Tonya” actress dazzled in a white Miu Miu halter gown with a beaded bodice, a playful feather peplum waist and a silk-chiffon skirt. Tiffany& Co. jewels and a Jimmy Choo clutch finished up her look.

The “This Is Us” actress rocked an electric blue sequin Ralph Lauren slip dress, styled with Niwaka jewelry and Judith Leiber clutch.

The “Get Out” actress have us gorgeous Gatsby vibes in a custom Ralph & Russo Couture strapless beaded embellished and fringe floor length dress with tier skirt. She styled the the vintagey look with Fernando Jorge and Lena Wald jewels including a statement ear off, white peep-toe platform pumps and vampy lips. 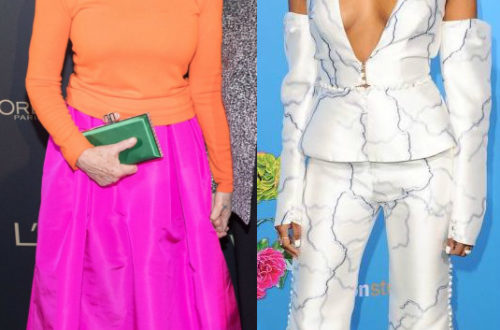 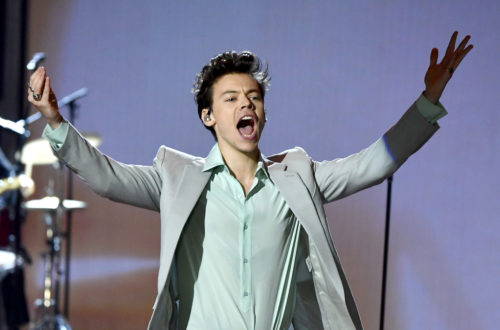 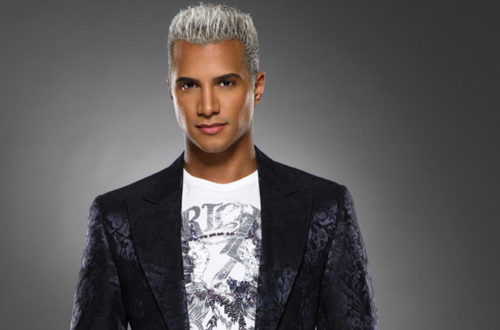 Jay Manuel To Release First Novel ‘The Wig, The Bitch & The Meltdown’