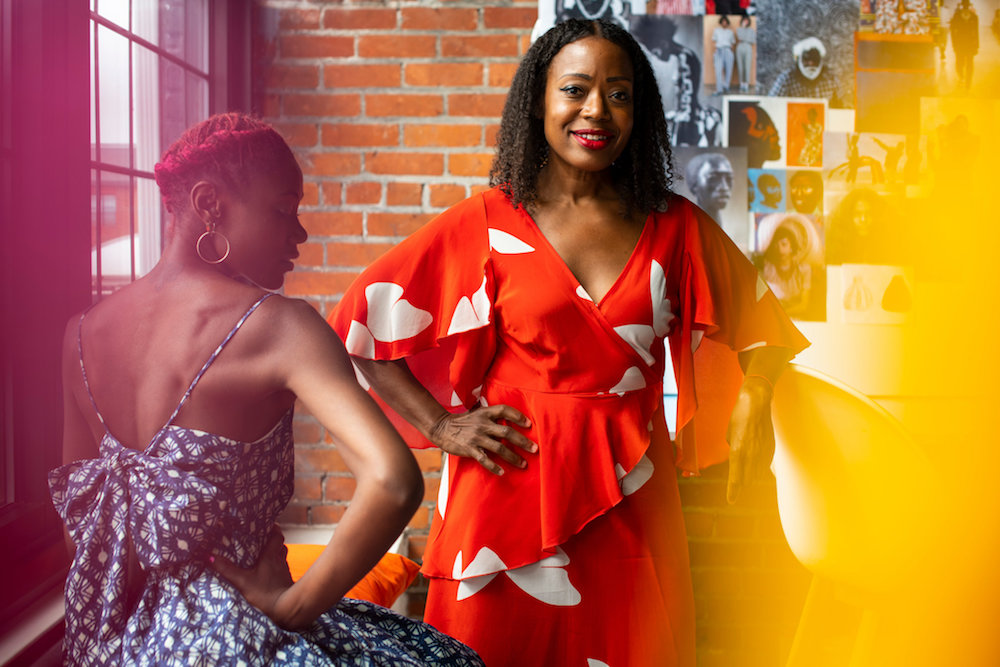 Fashion has always been diverse but the industry and opportunities for designers of color hasn’t always come so easy.

With the Black Lives Matter movement in full force, now more than ever is it time to support the community and those leading the way in the fashion world. Check out 10 black owned brands to support, shop and follow now. 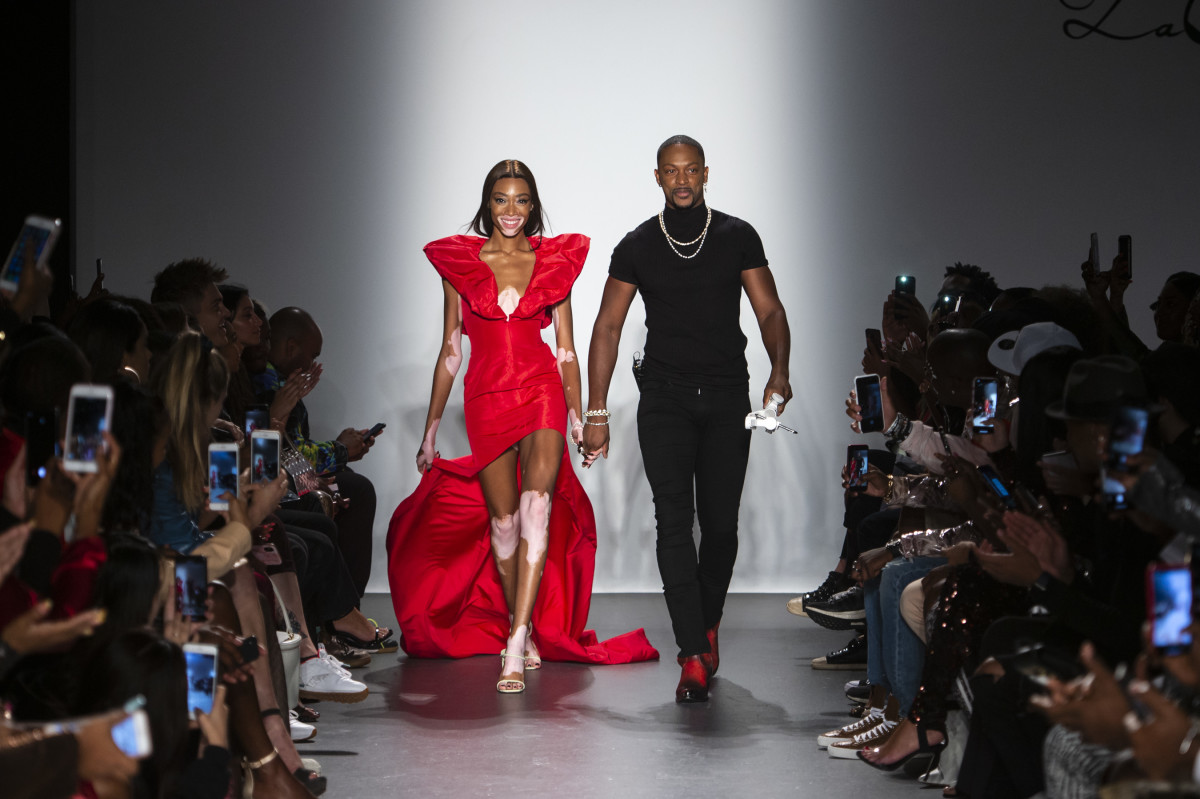 LaQuan Smith, born in Queens, New York, started his brand at the age of 21. Smith spent his early years instructed by his grandmother who instilled a passion and skill for sewing and pattern making. His distinctive work sparked interest among fashion icons and risk takers including Beyonce, Rihanna, Lady Gaga, and Kim Kardashian, all of whom were early supporters of the gifted designer. Since its formal debut in 2013, the brand has gained acclaim for its endless archive of distinctive garments and details. He recently collaborated with ASOS for an uber cool budget-friendly collection 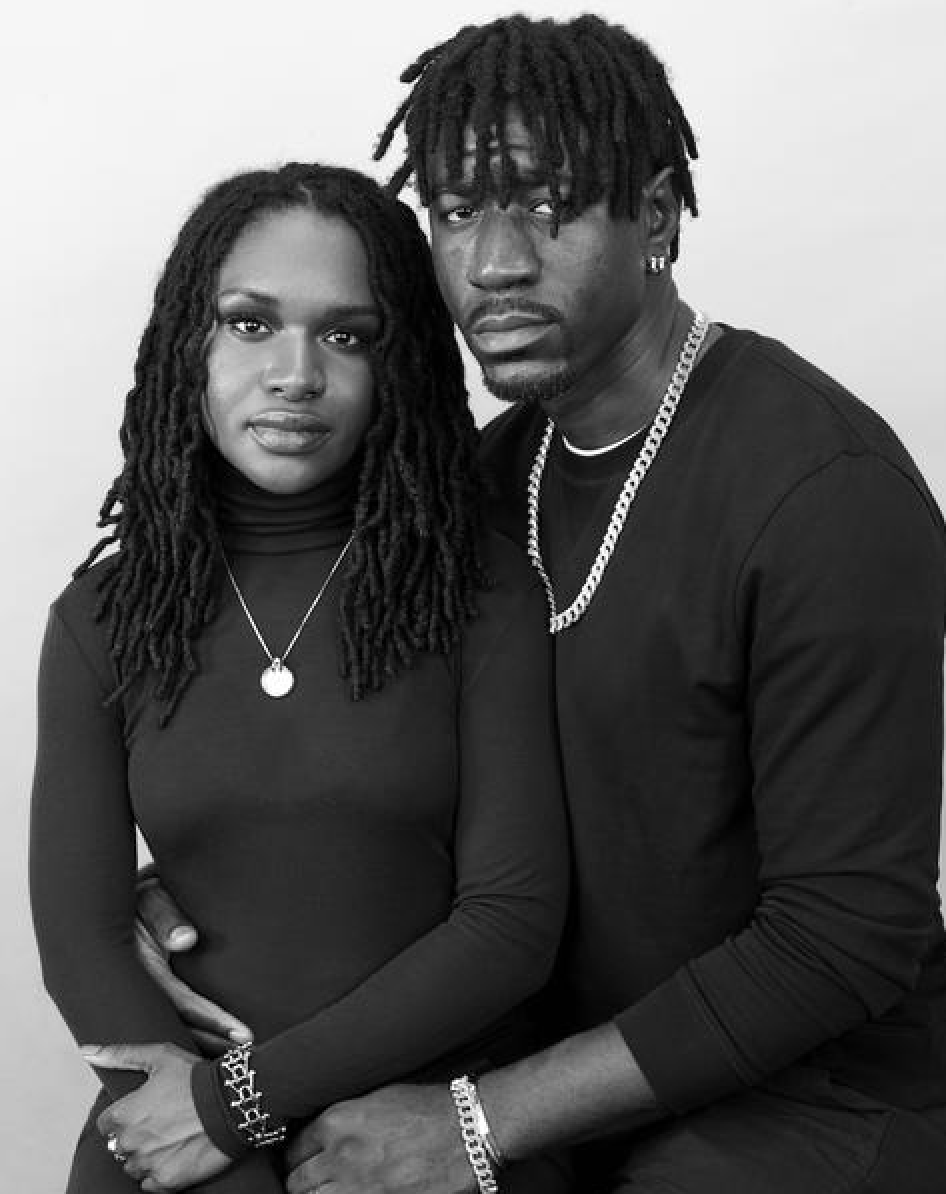 For Third Crown, New York based co-designers Kristin and Kofi Essel fuse their love of geometric shapes with the details found in their architectural surroundings to create their collection of men’s and women’s jewelry. Their shared desire to delve into the accessories world came early on for the co-creatives. After graduating from Florida State University with a BS in Apparel Design, Kristin interned at David Yurman before stints at Reed Krakoff (on the jewelry team) and then at Eddie Borgo. Kofi, studied Menswear at FIT and went on to spend time at various men’s apparel brands. 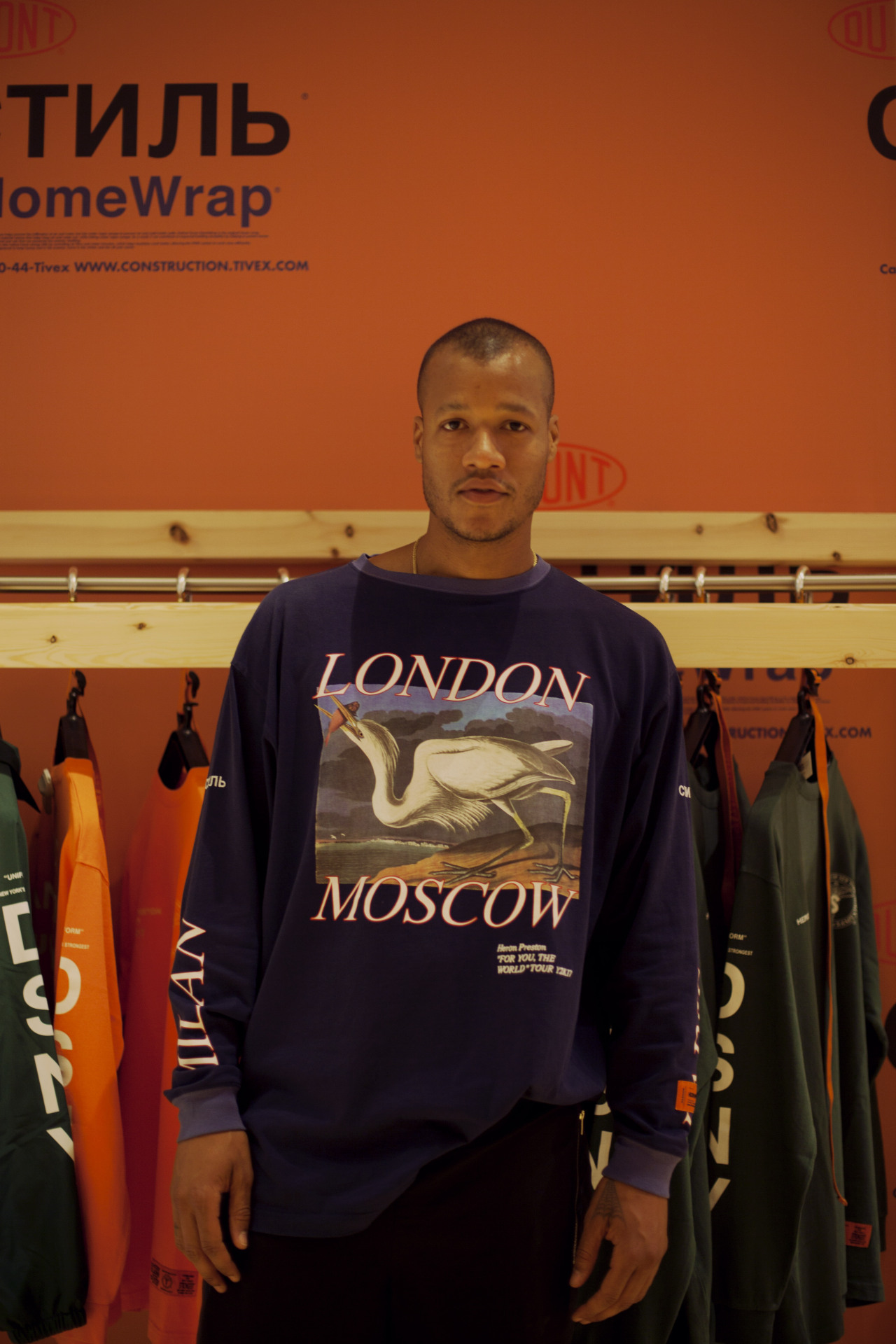 Heron Preston’s eponymous label features workwear-redefined separates and accessories for both women and men. As a designer, DJ, consultant, art director, and collaborator, his work is deeply inspired by sustainability and technology. On and off the runway, Preston’s mission to identify and integrate less environmentally destructive practices permeate throughout all of his work, including his high-end workwear collection and the experimental work he’s done with brands such as HP Inc. Preston worked for both Nike and Kanye West before founding his own label in 2016. Preston’s nascent brand signatures were soon defined: the frequent use of a carrot orange hue, the Cyrillic word for “style”, interpretations of herons as avian prints, and further collaborations including link-ups with Carhartt, Virgil Abloh’s Off-White, Nike, NYC Department of Sanitation and NASA. He was also a 2019 Council of Fashion Designers of America (CFDA) Emerging Designer of the Year nominee. 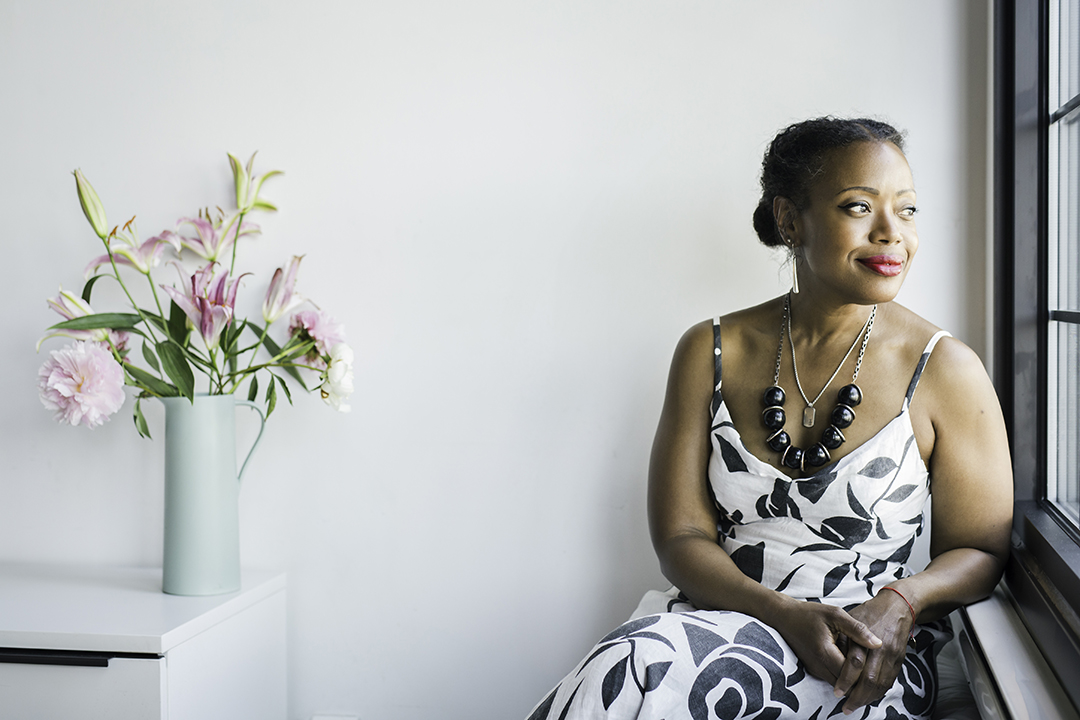 This woman should need no introduction. Originally from Detroit, designer Tracy Reese launched her brand in New York City in 1998. Known for her retro-influenced feminine style, Reese has since launched a number of diffusion collections and dressed the likes of fashion icons including Michelle Obama. The First Lady famously wore a custom-made Tracy Reese dress for her 2012 DNC Convention speech. Through hard work, perseverance and creative vision, Reese has built a reputation in the fashion industry as not only a leading talent, but a champion for diversity and inclusion.Her newest line, Hope for Flowers is designed for women who are inspired by beauty and also desire to use their power as consumers to be agents for positive change in the world. 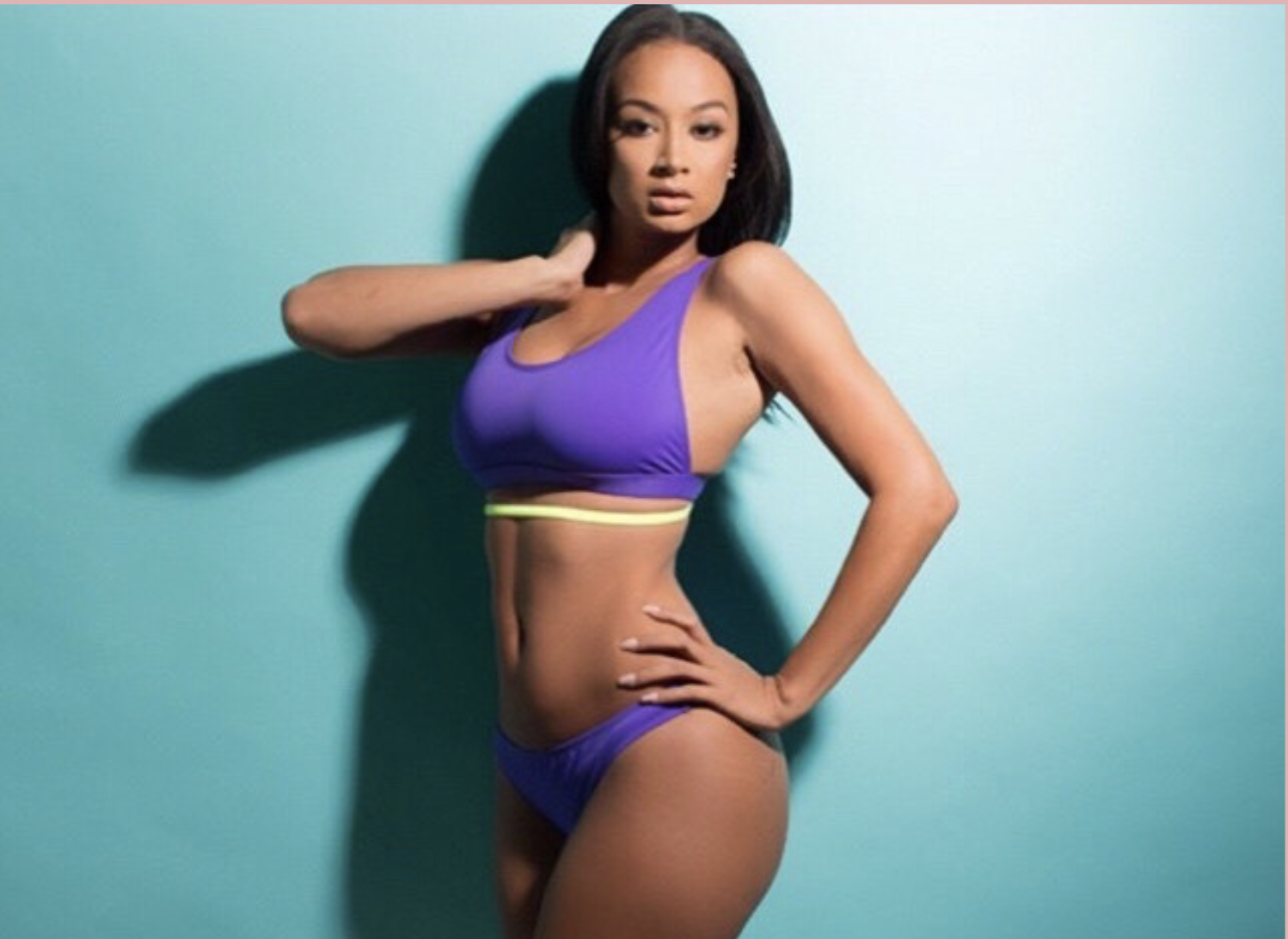 Mint Swim was founded by actress / entrepreneur, Draya Howard in 2011. Mint Swim is created and designed with all shapes and sizes in mind. Targeting the woman that wants to feel sexy and enhance all the right curves while staying fashionable. 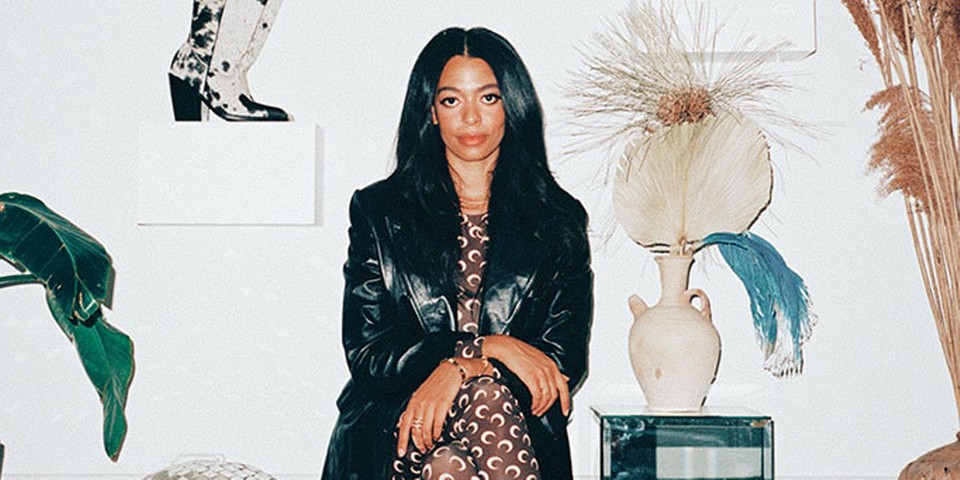 Brother Vellies was founded in 2013 with the goal of keeping traditional African design practices, and techniques alive while also creating and sustaining artisanal jobs. Now handmade artisanally across the globe, Brother Vellies creates luxury accessories that celebrate cultural histories and timeless design. At the helm of this brand is Toronto-native and New York City-transplant, Creative Director and Founder Aurora James. Along with heading up the brand, the designer is making sure her voice is heard during the Black Lives Matter movement. James has laid out a manifesto asking stores including Sephora, Net-a-Porter, Target and Saks Fifth Avenue to commit to buying 15% of their products from black-owned businesses. 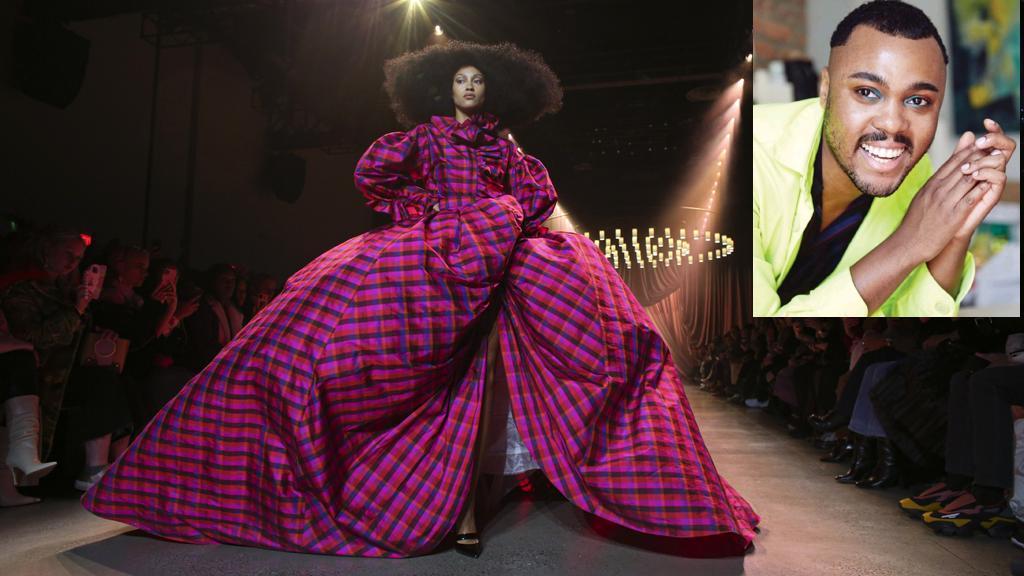 Originally from Baton Rouge, LA, Christopher John Rogers is a CFDA/Vogue Fashion Fund winner. Now designing from his studio in Brooklyn, NYC, the talent has gain swift notoriety for dressing the likes of  Michelle Obama, Lizzo, Tracee Ellis Ross, Rihanna and Cardi B.His collections have been described as over-the-top, yet wearable, and full of joie de vivre. In other words, he’s designing clothing that makes women feel mighty, heroic, and capable of anything. 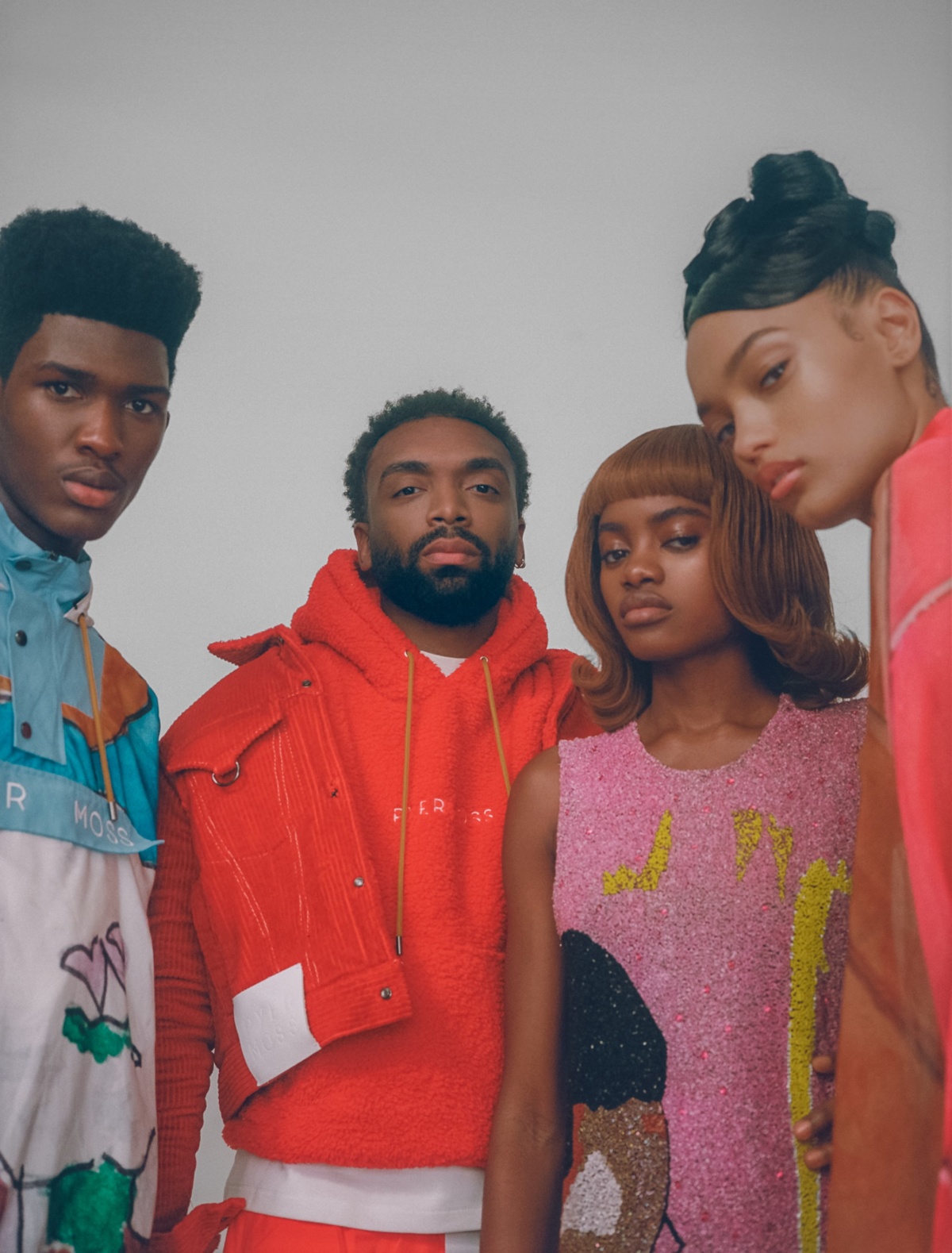 Pyer Moss was founded in 2013 by Kerby Jean-Raymond. Jean-Raymond describes the brand as an “art project” or “a timely social experiment” at times. Pyer Moss aims to use its voice and platform to challenge social narratives and evoke dialogue. Particuallt, Jean-Raymond has over the years protested police brutality, documented the everyday lives of black families, and shed light on overlooked historical figures through his collections, Pyer Moss continues to redefine itself every season with collections and runways that combine storytelling, activism, debate, theatre and social commentary; all while using collaboration with artists and brands as a medium to further the dialogue around seasonal themes. Pyer Moss is sold limitedly and in no particular schedule at exclusive high-end boutiques worldwide. In 2018, Pyer Moss launched its highly anticipated collection with Reebok named “Reebok by Pyer Moss” as part of their newly announced partnership with the footwear giant. 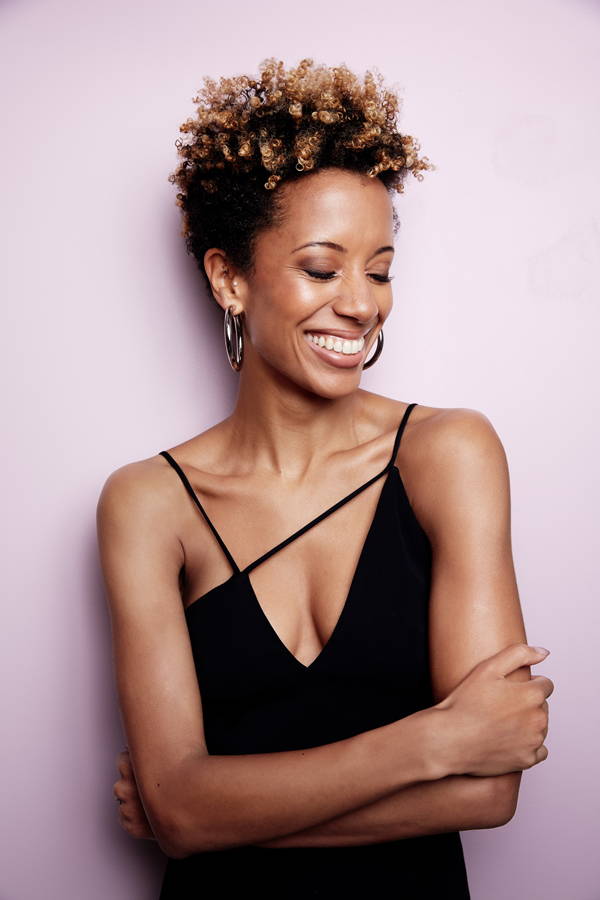 Cushnie is a luxury women’s ready-to-wear and bridal brand designed by Carly Cushnie. Established in 2008, the label was founded on the desire to serve the modern woman. Artfully crafted with clean, sculptural lines, the Cushnie collection is precisely tailored to achieve the perfect fit for the female form. Defined by the balance of proportion, structure and fluidity, the Cushnie aesthetic embodies a refined sense of cosmopolitan minimalism and femininity. “As a woman, I understand what my customer wants from her clothes,” says Cushnie. “I’ve grown and evolved alongside her over the past 10 years, and I strive to present her with timeless silhouettes that make her feel sexy, sophisticated and powerful — all at once.” The Cushnie Collection is worn by influential women including Michelle Obama, Beyoncé, Gal Gadot, Lupita Nyong’o, Ava Duvernay, Jessica Biel, Jennifer Lopez, Ashley Graham, and Padma Lakshmi, among many others. 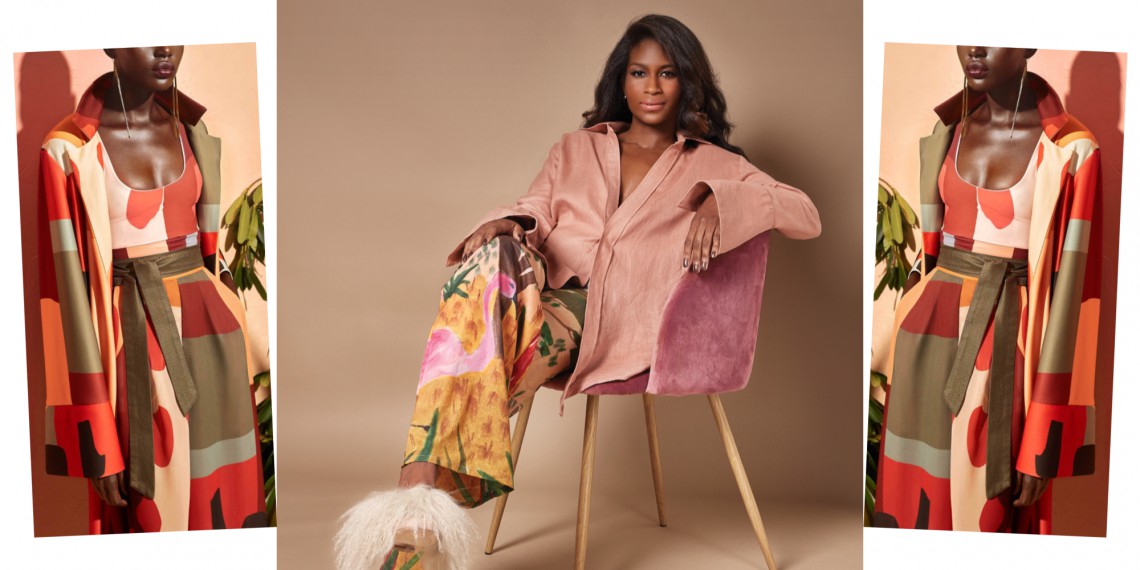 Fe Noel is a conceptual lifestyle brand that embodies the personal style of its designer, Fe Noel. Defined by simple silhouettes, plunging necklines and bold prints, each design exudes an innovative mix of sensibility and sensuality. Created for the multifaceted woman that embodies a love for travel and style.Born and raised in Brooklyn, New York. Fe (pronounced “fee”) came into the fashion industry in a pure and organic nature. Her skills were self-taught through application and hands on experience. Her desire to express her vision through design, and the emotional experience she can provide for her clients is the driving force behind the brand. Her goal is to create a world full of relentless stimulation and innovation through design, travel and style.
Shop: Fe Noel, Bloomingdale’s
Follow: @fenoel, @feism_ 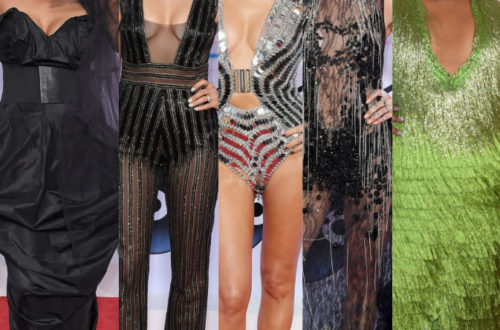 Worst Dressed At The 2017 AMAs 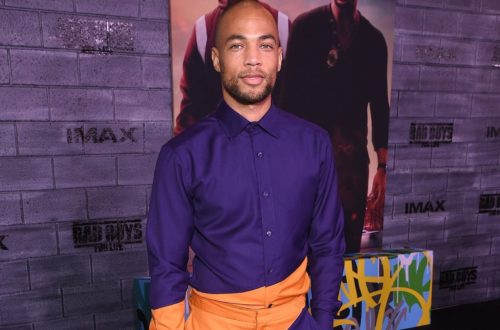 Style Crush: Kendrick Sampson In Grayscale At The ‘Bad Boys For Life’ Premiere 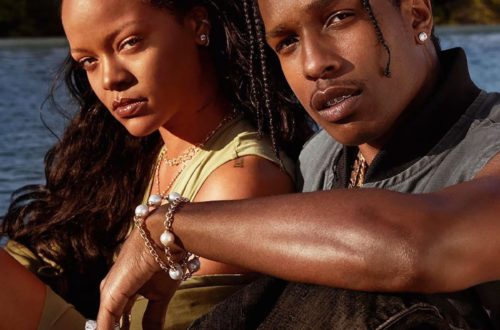